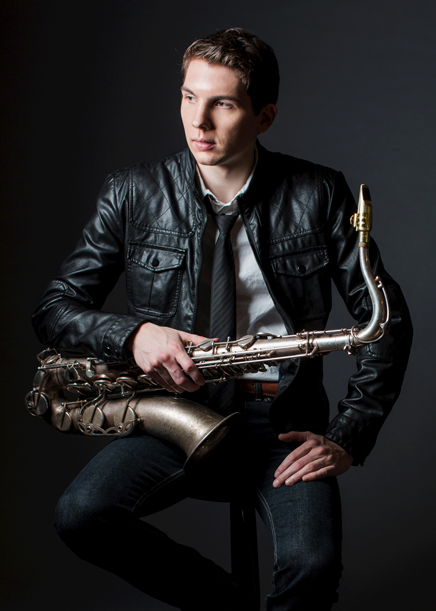 Juno Award nominated saxophonist and Leo Award winning film composer Eli Bennett is one of Canada’s most awarded and recognized emerging musicians. Returning for his third year as LEO AWARDS Music Director, Bennett has performed twice at the GRAMMY Awards in Los Angeles and has shared the stage with GRAMMY Winners Oscar Peterson and the Neville Brothers, opened for jazz legend Herbie Hancock, is a two-time recipient of the CBC Galaxie Rising Star Award from the National Jazz Awards, and was awarded the Vancouver Mayor’s Arts Award for music as well as the Queen Elizabeth II Diamond Jubilee Medal.

Bennett’s debut jazz album Breakthrough spent three months on the homepage of iTunes Canada Jazz as one of the top selling albums of 2015 and received a nomination for 'Jazz Album of the Year' from the Western Canadian Music Awards.

As the composer of over thirty film productions including feature and short films, documentaries and web series, he was recently awarded two SOCAN Foundation Awards, and won a 2018 Leo Award for Best Musical Score in a Feature Length Documentary for his score on Believe – The True Story of Real Bearded Santa’s.

The Motion Picture Arts & Sciences Foundation of British Columbia
is a not-for-profit organization whose mission is to celebrate and promote the achievements of the British Columbia film, television and web-based media industry through the presentation of an annual awards program.

Looking for a program or person
that has been nominated or has won a Leo Award?
Use the form below to search our records from 1999 to present day.